Call Us For Free Consultation

Providing the Excellence and Care that You Deserve

Julie-Ann concenters her practice in the areas of personal injury law and general civil litigation. 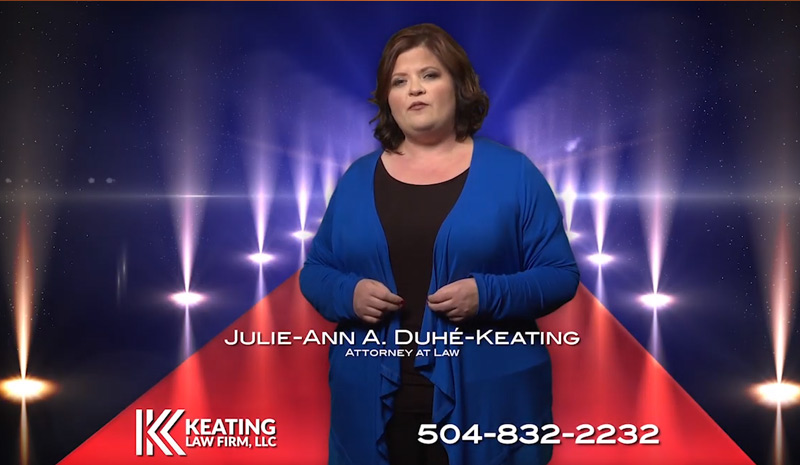 WHAT OUR CLIENTS ARE SAYING ABOUT DUHE' LAW FIRM, LLC

The Duhe' Firm was extremely easy to work with and made me feel very comfortable. I would highly recommend them and have to many family and friends who have had a great experience as well! Attorneys that truly care!

The most awesome caring loving people I've ever met. They work so hard that it's unbelievable. To me they are the best.

Duhe' Law Firm is the best law firm I've ever had the pleasure to work with. Julie Ann Duhe' is the most caring lawyer, she is on top of everything. They keep me informed continuously. I highly recommend Duhe' Law Firm!

Very professional, honest and straightforward. Treated me like family, and handled everything I didn't need to directly. Awesome!

Praying Law Firm is the best! Honest, integrity, and loyal to their clients. They treat you like family and is always available to talk to you. On a personal note, Ms. Julie-Ann is the sweetest person and has her clients best interests at heart. Wonderful person! Great lawyer!

Had an awesome experience with this law firm! Julie-Anne and the staff were very accommodating and professional! Highly recommend them to anyone needing legal services.

Everyone was so polite and courteous when I called. They listened to me and explained the process entirely. The initial consult was done in my home. There was no need for me to travel to the office. They kept me up to date frequently and discussed my options. I highly recommend Duhe' Law as your go to for all your personal injury concerns.

Love the Duhe' law firm! Professional, caring, and experienced staff who are there to help you in your time of loss and grief over accidents and other injuries. Juile-Anne is the best and has represented me and family members for years. Thanks Duhe' Law Firm for everything you do!

Amazing Law Firm I Highly Recommend Them To Anyone!

A very personable firm. They really keep everything hands on.

Great customer service! And outstanding professionalism! Julie Ann is remarkable at her job!

Top notch firm with fantastic attorneys and great staff !! Very relaxed and pleasant atmosphere which makes everyone truly enjoy what they do and want to work even harder for the clients.

The best of the best. The staff is caring and offers top notch support. Eve, if I could give her 1k stars I would.

5 stars. I am glad to know the attorneys there and they are very good.

Very pleased with this law firm. They treated me with so much respect and care. I would recommend them to anyone. Thanks again for all the help.